June 15, 2021 marks Vision-Aid’s 17th birthday. The Vision-Aid journey started with its humble beginnings with just one small Center in a two-room house.

It was a sunny day at Vizag, (Andhra Pradesh, India) on 15TH June 2004.  My father M.S. Raju had just retired from his active career in the industry and joined hands with me and Revathy (my wife) to open up the center in his own house by giving up the two rooms on the Ground Floor. One room was used for Low Vision Screening and another was used for Rehabilitation programs.

The two-room Centre started in the house of my father Mr. M.S. Raju was the first Low vision Center not only in Vizag, but in all of what is currently the state of Andhra Pradesh. The nearest well-established low vision Center was in the LV Prasad Eye Institute, Hyderabad, which was an overnight journey by train, from Vizag.  So the Center quickly drew the attention of many local eye clinics and hospitals who were looking for such a service, and referrals of patients started flowing in.

This small Center effectively served the needs of a large region with many visually impaired adults and children coming from all over the region including surrounding rural areas and towns, and just by organic reach began serving patients coming from as far as the neighboring state of Orissa.

The Center was also the first computer training Center for the Visually Impaired in the region and became known for its quality computer training programs which could equip the visually impaired to become computer literate.

From those humble beginnings, Vision-Aid has come a long way. Today, Vision-Aid is a an internationally respected service organization, serving thousands of visually impaired persons across a broad network of resource centers in India, and works in partnership with some of the most respected national organizations including the Aravind Eye Hospital (Madurai), the L.V.Prasad Eye Institute (Hyderabad), Sankara Nethralaya (Chennai), Shroff Charity Eye Hospital (Delhi), Community Eye Care Foundation (Pune), Voluntary Health Services (Chennai) and many others.  By the end of 2021, Vision-Aid programs will be running in over 20 locations across India.

Did we realize on that day, the 15th of June 2004, how many lives that humble beginning would touch?  No, never.  But, lo and behold! The vision of the humble team who started the Vision-Aid journey 17 years ago did exactly that – touched lives. All we had was a vision to reach the unreached visually impaired.  A few more others joined us later to bring this vision to reality.

All the founding members who worked with Vision-Aid from the beginning, as they do today, work as unpaid volunteers, because they believe passionately in the cause and derive immense satisfaction from the positive impact it is having on the lives of the visually impaired.

The total staff size at the starting was effectively 1.5 persons:

Even these paid staff drew very nominal stipends, and put in their immense time and dedication because they were also motivated by the service mission of the organization.  The Vision-Aid staff base is now continually expanding with a broad base of talent, to meet the growing needs.

The Leadership team, Management team and Staff at all levels, in both India and the US has a stellar constellation of highly motivated individuals. The US organization is headed by Chairman Mr. Puran Dang, President Mr. Lalit Sudan and over 30 talented board members. The India organization is headed by Mr. M.S.Raju Chairman, Dr. Col. M.Sitaram, President, Mr. V.L.Narasimhan Member Secretary and Mr. Vijay Francis, Program Director.

Despite our rapid growth, I am happy to see the organization still preserves its core values of service and volunteerism at all levels, and its commitment to the mission of enabling, educating, and empowering the visually impaired to live with independence and dignity.

I feel that this journey has just begun and Vision-Aid is still taking very early steps in its grand vision of creating a resource center for the visually impaired in every under-served location!

BE FEATURED IN OUR BLOG

If you have an article that will
encourage or benefit persons with vision disabilities, send your article to voa@visionaidorg

We will notify the date when your
article will be featured 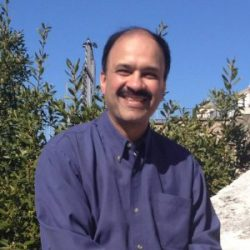 NextHow I got employed at a top Financial Services company!Next